The Cocktail Party Effect and what you should know about it 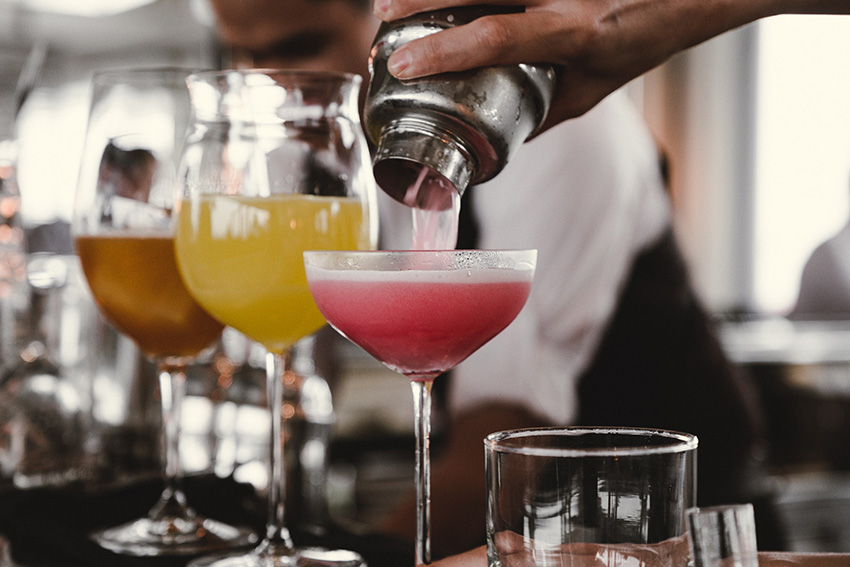 This year’s festive party season has been thrown into doubt by the coronavirus pandemic. The Cocktail Party Effect we’re discussing today has very little to do with alcohol – and a whole lot to do with getting noticed in the world of advertising.

So if you’re here to read about the consequences of too many Strawberry Daiquiris then I’m afraid you’ve come to the wrong place. So why the name? Let’s start with the story…

‘The Cocktail Party Effect’ was a concept coined by Colin Cherry, a cognitive scientist from (our client) Imperial College London in the 1950s, who had a lightbulb moment while at a cocktail party with his friends.

As most of us have experienced pre-COVID on a Saturday night, Colin was in a busy atmosphere full of people having multiple conversations and he was completely oblivious to them all. But this quickly changed when someone muttered Colin’s name. Then at once, Colin’s ears pricked up and straight away his attention was drawn to the conversation happening at the other side of the room.

Why, he thought, had all other conversations in the room been almost completely inaudible to him but the mention of his name so salient?

This was when the term, the Cocktail Party Effect, was born.

As humans, we often like to think of ourselves as highly perceptive, intelligent beings. But yet, still, we are unable to fully process most of the information we are exposed to.

What does this mean for us advertisers? Well, it’s all about getting noticed.

We live in a time where now, more than ever before, advertising and media is e.v.er.y.w.h.e.r.e.

So it’s just about putting someone’s name in the ad copy? We know that doesn’t always work…

True. Advertisements using a customer’s name are, yes, noticeable – but palatable? Not always. Consumers are often averse to these types of ads as they disagree with the way in which advertisers assume their personal data is public property (although this may be partly due to a lack of habituation so could fade with time – we aren’t averse to our names being on Direct Mail).

For now though, it means that advertisers should be looking at a smarter, softer approach to implementing this finding into their campaigns.

Localisation is one way advertisers can approach this, with many studies supporting its effectiveness at drawing in consumers to engage with brands. For charities, for example, this can be particularly effective at reducing the risk of the bystander effect. This is another psychological concept which refers to when individuals choose to ignore a cause or situation as they don’t feel personally responsible to tackle it themselves.

Brands have found localised targeting significantly increases engagement and conversions. For instance, Prof. Richard Shotton gave an example of his work with Give Blood.

Here the creative was adapted to highlight declining blood stocks in specific cities which was compared to the control which tailored the messaging to the country as a whole.

The result? The localised ads caused a huge surge in response rates. People feel motivated to act when the outcome affects their immediate environment.

But we still have to be careful…

In a study by Mediacom, they wanted to see the effect of localisation messaging on an OOH campaign they ran for Subway using regional, city-level and hyper-localised poster messaging.

Their result bore little resemblance to that of the Give Blood campaign, and instead saw the least amount of sales in the areas with the hyper-localised and city-level campaigns.

Okay, this is all very confusing, what are you trying to say now?

Well, this leads onto my final point…

What does smart mean in this scenario? It means doing the research first – and putting it into context.

So, when Mediacom ran their study on the effect of localisation on OOH campaigns, would it have been more effective if they had understood which towns and cities had the best sense of belonging.

It makes sense: belonging is about reaching out beyond yourself to connect with something larger. If that larger thing suddenly becomes hyper-local – or to put it another way, ‘small’ – it has less value for the underlying motivation.

Did the habitants of Liverpool have the same shared sense of identity with their city as the inhabitants of Brighton? Do any of the cities have more tourists walking the streets than people who actually live and identify there? What emotions do the cities themselves evoke in people?

And that connection to the larger community has to be meaningful. Giving blood, ensuring the health and safety of your neighbours and loved ones – that makes a real difference. Sandwiches aren’t a matter of comparable importance – no matter how delicious they are.

Ask more questions, and do more research to build out the context, and you’ll find more success.

We use our world-class team of researchers, armed with an industry-leading toolkit, to get under the skin of every campaign we produce.

Get in touch and see what we can do for you.

Sunlight is the best disinfectant: Programmatic transparency and the urgent need for better