Why being friendly sometimes means being tough 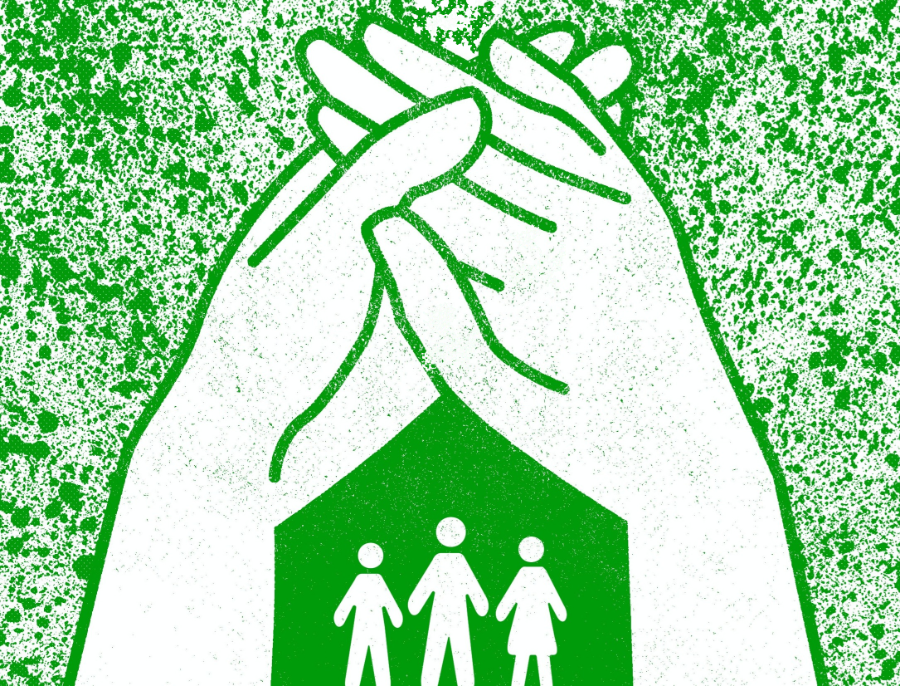 2020 was always going to be a big year for Anything is Possible. And we’re not inclined to let a thing like a global pandemic get in our way.

So lockdown is not yet over, but it feels like its grip is loosening.

The streets are still mostly empty. After all there are no cafes, bars or shops open. Nothing but the sunshine to coax people from their comfy nests.

But public spaces are bustling with pockets of people maintaining a – hopefully – responsible distance for now. That furlough life means there are many more free to hang out than normal.

There’s a slight touch of hysteria to the proceedings, an element of ‘Let’s party – for who knows what tomorrow has in store?’

It’s understandable. The fear of COVID-19 was a real thing, and necessary to keep us in lockdown to protect each other. But that fear isn’t going to shift easily, or without leaving traces behind.

And the future is genuinely uncertain. The economic shock means millions still don’t know if they have jobs to go back to in a few weeks. If extraordinary containment measures will permanently change the way we interact. Or if a second wave will place us all in danger once more.

When facts are uncertain we are shaped more than ever by our attitude, by the way we see things. At the moment, too many people are looking at the world and seeing something they don’t understand, and that makes them cautious.

Survival of the cutest

We need more people to remember that anything is possible.

Check out this video by Dutch author and researcher Rutger Bregman. You might remember him from when he went viral a couple of years back for saying the unsayable at the Davos World Economic Forum.

Let’s borrow some of that thinking and start with self domestication theory.

Repeat for a few centuries and next thing you know, you have man’s best friend and the most diverse, useful, downright lovable animal on the planet.

Well, we did the same thing to ourselves. Self domestication presents compelling research that shows human beings selected each other, at the species level, for tolerance, cooperativeness and friendliness.

Individually we’re not that special or powerful, but together we can achieve amazing things. And the glue that holds it together and makes it all possible – is friendliness.

The word you might have heard a lot during lockdown is ‘mutual aid’. It’s a social theory developed by a Russian ex-Prince who lived not far from our Brighton office and now has a bus named after him (true story).

Being responsible. Helping out in a pinch. Doing what you know is right.

If during the COVID-19 crisis you joined a local neighbourhood support group on Facebook. Or if you left a wiped-down packet of loo-rolls out on someone’s doorstep. Or even if you just sent an elderly or at-risk neighbour a text saying ‘Call if you need anything’ – you were exhibiting pro-social evolutionary traits we bred into ourselves through generations of selecting for likeable characteristics.

Even lockdown itself – everyone voluntarily sacrificing our freedom of movement to help each other avoid transmitting a deadly virus – was an act of mutual aid.

Once you notice how those tiny acts of everyday kindness hold us all together, you start to realise that qualities like helpfulness or friendliness are the most normal and essential features of human success.

The paradox of being friendly

I wrote recently about the damage caused by murky practices in the programmatic value chain. Not just damage to the media and marketing industries – but damage to the people, the businesses, the vital institutions who rely on us to give them the knowledge to make sense of the world around them.

Which means: the damage it does to everyone, everywhere.

The quiet, cosy little arrangements that are ruining programmatic are making a lot of people a lot of money, and creating a space for all kinds of abuse and corruption to take place. The CAN network’s six manifestos give an essential description of the dangers arising from unaccountable programmatic media.

Fake news is just the start of it.

But because it’s complicated and accepted as business-as-usual, people pretend that it’s alright.

There’s a lot of passive, tacit encouragement from within the industry to leave this alone – don’t rock the boat, don’t shatter the peace.

But that kind of peace, where bad things are not just unpunished but actively rewarded – that isn’t real peace.

It’s just the absence of noise.

And that’s the paradox of being friendly. In order to maintain a friendly culture, industry and society, sometimes you’ve got to be unfriendly. You’ve got to be difficult and stubborn and create friction.

Like Rutger Bregman at Davos, you’ve got to sacrifice a small piece of peace now, for a larger, more profound and positive state of peace to come.

You’ve got to pick your spot and hold it, even though friendly smiling faces might tell you to move. We pride ourselves on our flexibility, but some things have to be non-negotiable.

We’ve known about this since the beginning. It’s why we set up Anything is Possible as soon as we had the chance – because we knew an alternative was urgently needed.

What else were we gonna do – pretend we didn’t know?

Carry on with ‘bullshit as usual’?

Why we say Anything is Possible

I have a phrase I use at times like these. It popped into my head when I needed something snappy describing Anything is Possible to fill a space on a website – you know how it goes. But the more I sit with it the more sense it makes to me:

A pessimist looks at a glass and says it’s half-empty.

An optimist looks at a glass and says it’s half-full.

A Possiblist looks at the glass – and fills it up.

We are an agency of Possiblists.

A core part of our Possiblist outlook is the way we use the power of programmatic to make a kinder, friendlier world.

But to do it, we might have to be unfriendly sometimes and call out bad practice in the industry.

The paradox of being friendly – and of being a Possiblist – means refusing to settle for easy solutions when there is a better prize just out of reach.

We learn the skills and build the tools we need to grab it.

If you want to get involved in doing digital media and advertising that wants to make the world a better place, get in touch.

Push the button to sign up for our essential newsletter –
and see why we say Anything is Possible.

Review of Humankind: A Hopeful History by Rutger Bregman.

Cheers to Nina Whitby for putting me on the scent.