Facebook outage: we know what it is but what does it mean? 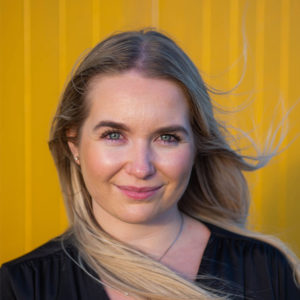 There are over 200m small businesses on Facebook who heavily rely on the social giant for marketing and outreach – connecting with customers or future customers is a big business. People use the platform to engage with brands, browse products, ask queries before making purchases, as well as discuss existing orders. So what impact was seen here? In an article by the New York Times, business owners are quoted as saying “Everything is down, my whole business is down,”, and “It may not sound like a lot to others, but missing out on four or five hours of sales could be the difference between paying the electricity bill or rent for the month.”

Influencers also took a hit as pre-planned posts were not seen or didn’t make it out to schedule, meaning individuals lost out on income and brands missed out on promotions. On average 67% of brands use some form of influencer marketing, so the reach here was also wide hitting.

Reports are indicating Facebook lost $6-7 billion in online advertising sales, breaking down to around $200k a minute (find out the impact in your country with this tool). Shares also fell 5% – reducing its market value by around $40 billion, knocking Mark Zuckerberg’s position in the New York rich list down some steps.

Is there a long term impact?

So how did this affect my campaigns and advertising? In theory, ads are paid for by impressions served, so if ad impressions are not served and consequently not seen, your accounts should have seen a reduction in daily spend. If we consider how users interact with social platforms, there are some common usage spikes throughout the day including commuter times, lunch breaks and a large spike in the evening during the “lean back period”, where users are more open to engaging with content for longer. For users in the UK, this lean back period was lost completely. Whereas in LA things were back online for 6pm and this large bulk of delivery went unaffected, so affects are likely to have differed per market.

Looking across our own data, we can see impressions dropped around 46% on Monday, reflecting the core times the platform was down (mainly UK markets). Results will obviously differ per campaign build, buy type and flighting. Campaigns running on a Lifetime budget are likely to have little overall effect as this budget will have been redistributed into the remaining campaign days, but the impact on key events like University Clearing, Black Friday, and other holidays could have told a different story.

To some extent this does cast a spell over Facebook, as this is the second incident following a technical error in 2019 which affected the site for 24 hours. It seems the tech-giant is not as invincible as one would think. The people of the internet never fail to make light of global situations like this, with Twitter, TikTok and Linkedin users all welcoming their extended site time and those users who returned to the platform out of sheer thumb-scrolling-boredom.

Zuckerberg himself even had to take to Twitter to apologise to businesses and people around the world.

In short, Facebook has taken some financial and reputational hits this week which will linger for some time. It exposes elements of doubt within the platform for advertisers who are reliant on it’s organic and paid models. Whilst it is likely Facebook will recover financially and talk of the outage will soon fade, the impact highlights how other social channels are not to be slept on, as well as the need for reactive and diverse media buying to cover unplanned disruption.

If you are interested in how we mitigate against these outages – you’re halfway here already.