State of the Industry: Media Agencies 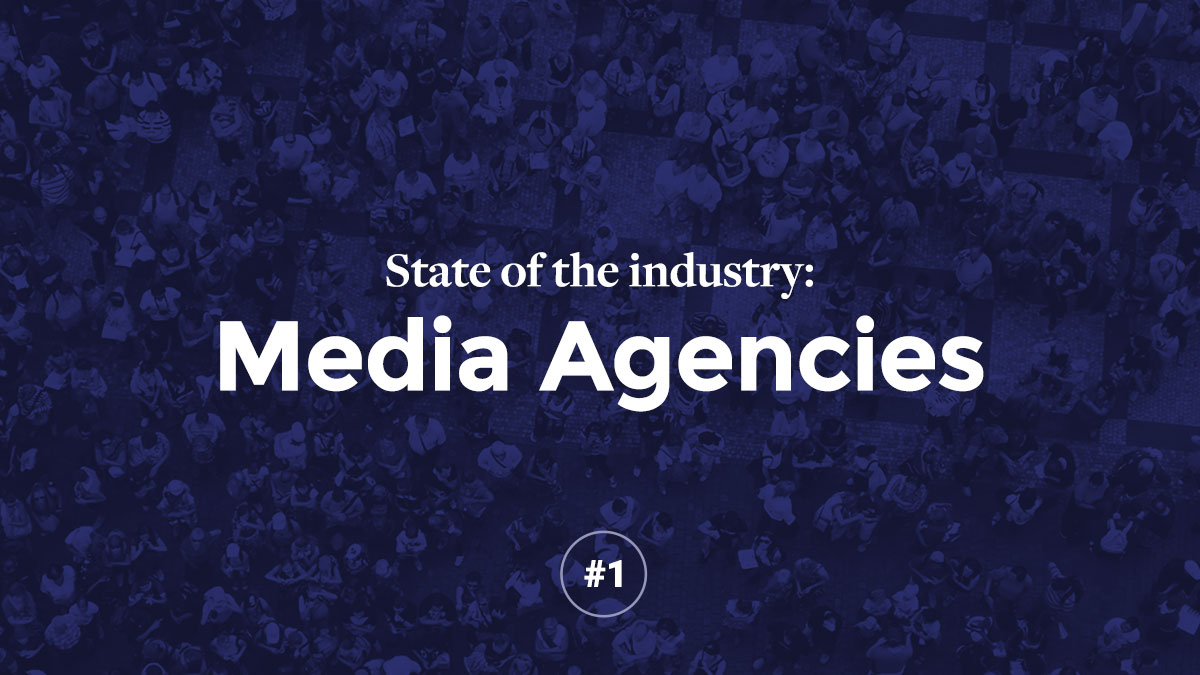 aip’s State of the Industry series provides insight into current trends that matter in the digital media industry.

In this piece Mark Raymond, COO, aip, discusses the challenges that media agencies face today and provides insight into how current trends may shape the industry over the next few years.

Earlier this year, Mark Pritchard, Chief Brand Officer, Procter & Gamble said now is the time to “disrupt this archaic ‘Mad Men’ model, eliminating the siloes between creatives, clients and consumers, and stripping away anything that doesn’t add to creative output.” He also said it’s time for media and creative to be reunited.

The resulting media frenzy reflects not only that Pritchard is the marketing maestro behind the world’s largest advertiser, moreover that he’s right and the digital media industry knows it.

P&G are now making fewer ads, and slashing wasted media spend and a number of high-profile brands have followed suit.

Traditional media agencies are tied up in legacy practices that worked decades ago but are no longer driving value for anyone other than the agencies. Common practices include: putting too many people on accounts; marking up the cost of technology; and not allocating media budget to the right channels to drive maximum value for clients.

Too many cooks spoil the broth

Media agencies have fallen into a dangerous trap of hiring or creating people who are highly skilled in individual areas, e.g. programmatic, paid search, SEO, mobile, and video. The problem with this is two-fold.

Let’s say an agency holds a digital-only account, it’s not uncommon for more than 10 people to be involved in one account. A managing partner who owns the relationship at a high level, an account director who owns the day-to-day relationship, five experts – one for each of the areas listed in the previous paragraph, someone who is responsible for cross-channel attribution and reporting, and a media planner. Now let’s say that there are three people on the client side who interact with that team and two people at a creative agency who supply the creative for the digital campaigns. That’s 14 people who all need to talk to each other.

The diagrams below illustrate how communication increases in complexity the more people you add to a team. Large teams take much longer to get anything done compared to small teams. In today’s fast-paced digital landscape, lost time results in lost opportunities. For example, if there is a spike in performance on mobile, it’s vital that media buying is adjusted to make the most of that spike; if there’s a drop in video performance, acting quickly will minimise potential losses.

This one is simple to explain: agencies got greedy and saw an opportunity to make easy money. Over the last decade, agency fees were slashed dramatically. In 2008 it was not uncommon for the agency’s fee to be 10% of media spend; now they are lucky if it’s 5%. What agencies should have done was to reduce the costs of running accounts, by streamlining teams which would have allowed them to take on more clients without increasing headcount. Instead, they marked up the cost of third-party technology e.g. adservers, optimisation platforms and ad verification solutions.

They were able to do this because they owned the contract with the technology vendors. Brands got wind of this widespread transparency and demanded that it stop with many taking control of the commercial relationships with vendors themselves.

Agencies’ revenue took a tumble again but they didn’t streamline teams – they started to offer consultancy services which came at an added cost to clients. The problem here is that often the required skills didn’t exist in-house, so they hired expensive people from the likes of Accenture and PwC. Brands have been slow to take up media agencies’ consultancy skills, often because they already work with a consultancy firm who understands the whole business – not just marketing but also because brands know that agencies will push biased agendas.

Once again, agencies find themselves in a sticky financial position but are still not streamlining teams.

Finally, agencies are failing to plan media effectively. Poor attribution capabilities because of siloed or sprawling teams fail to bring to light the true value from each media channel and cross-channel interactions. Brands are starting to demand more from agencies in this respect, but agencies are reacting slowly because they know that technology will need to be updated, new skills will be required and if KPIs are not met, they could face an account review. So they keep quiet and hope that clients won’t question the current, often outdated attribution models in place.

In summary, if traditional agencies don’t improve in these three areas, they will fail and we will see huge disruption with fire sales and an uptake in smaller, leaner, smarter agencies that can deliver true value without all the bureaucracy.

Google algorithm updates and the virtues of playing it cool