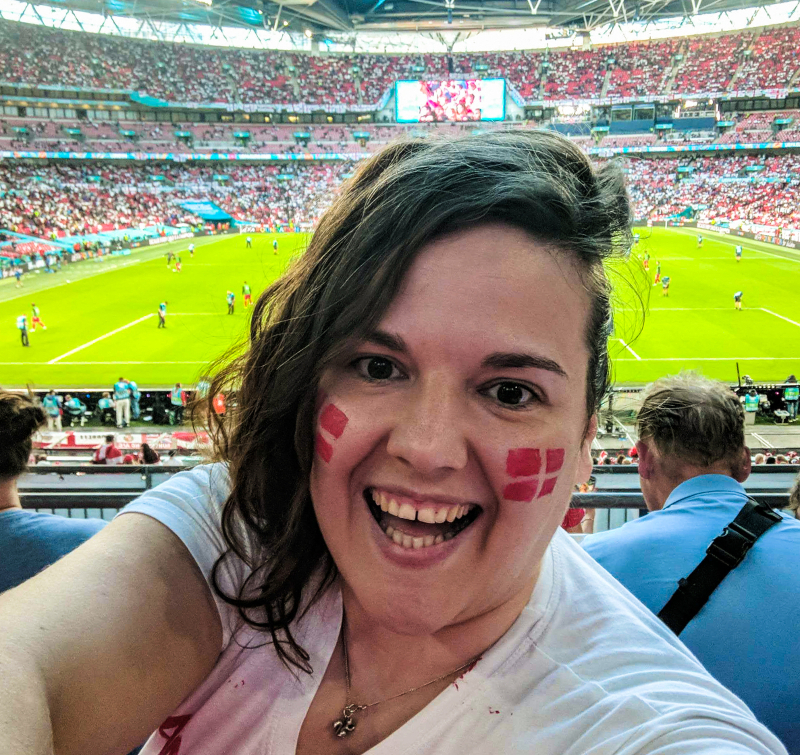 The night of Wednesday July Seventh 2021 will be an evening few people in England will forget in a hurry. Having already achieved a historic victory over Germany earlier in the tournament, Gareth Southgate’s England football squad overcame Denmark at Wembley and secured a place in the Euro 2020 final. It’s their first final in a major tournament for 55 years, and their first European Championship final ever.

The impact of this moment on the national consciousness cannot be underestimated. We can already observe significant traces of the ‘England effect’ over our media data platforms and a drastic impact on people’s Search behaviours. A story of national hope and conviction is told by the seven day Google search trend for the immortal question:

Is it coming home?

As England’s footballing momentum picks up pace, supporters are inquisitively turning to Google in search of answers to one of the hottest questions of the moment. After a nail-biting extra-time finish on Wednesday night, searches peaked. Before falling significantly. Maybe England supporters are finally starting to believe in Southgate’s men to bring it home?

Proof that this faith was solidifying was abundant on Wednesday night. As soon as the final whistle blew a huge surge of supporters took to Search. Every one of them eager to find any way of getting their hands on tickets to the most coveted event of the year.

Unfortunately, tickets to the spectacle were all sold out months ago. And no reliable data was available for black market ticket prices…

It’s not just the Brits that are in the mood for a visit to the Wembley Arches.

Away tickets for the Denmark-England game were available only to UK-residing Danes, which official figures from the Danish Foreign Ministry set at 30,000 people.

Despite extra tickets being made available, all 8,000 away tickets sold out. This would mean that over a quarter of the Danish population of the UK made the journey to Wembley. (Including me, as you can see from the big selfie above.)

The viewing figures for Wednesday night’s match across live and online devices were up there with one-off events like Princess Diana’s funeral for the sheer numbers tuning in:

Confirmed TV figures just in for England v Denmark last night: A peak of 26.3 million & including Hub non-TV devices the peak increases to 27.6 million, making it the biggest peak football audience ever for a single channel. Thankyou for being there . #ITVFootball #ENG #EURO2020

ITV’s other cultural behemoth lost 1.2 million viewers day-on-day. Love was still in the air though, as ‘Southgate, you’re the one’ was sung from every pub in England.

Over on social media, the hashtag #itscominghome was seen on Twitter a ridiculous 1,000,100,000 times.

The top positive keyword on the night, according to Meltwater, was ‘best fans’. (Despite a laser pointer being used to distract goalie Kasper Schmeichel during Harry Kane’s decisive penalty.) And let’s not talk about the audible booing during the Danish national anthem. Despite one of the warmest major tournaments in years, football’s abuse problem has a way to go.

This afternoon, Three Lions is set to return to the top of the UK streaming charts. The anthem is curiously popular in Germany, being played 441 times in recent weeks on German radio, according to Soundcharts.

This reflects either the 116,000+ UK expats dwelling in the country of poets and thinkers… Or their fans’ tradition of ironically singing the song back at England fans during their numerous historic victories. A catchy tune is a catchy tune, after all.

Over on TikTok, the daily amount of new videos featuring Three Lions has successively surged after each England win. On both the 4th and 8th of July almost 30,000 new videos were posted.

Meanwhile in the all important battle of the emojis the George Cross was the clear winner on Twitter.

This suggests, somewhat encouragingly given recent years, that the England football team is transcending the tournament and ⚽ itself. One more victory on Sunday could point towards a focal event for a widespread sense of national renewal 🤞

To see our data and insight teams explore the stories hiding behind your numbers, just get in touch.

Anything Is Possible is a Recommended Media Agency

Anything is Possible supports the Conscious Advertising Network