Centaur Search: Why media automation makes us better at being human 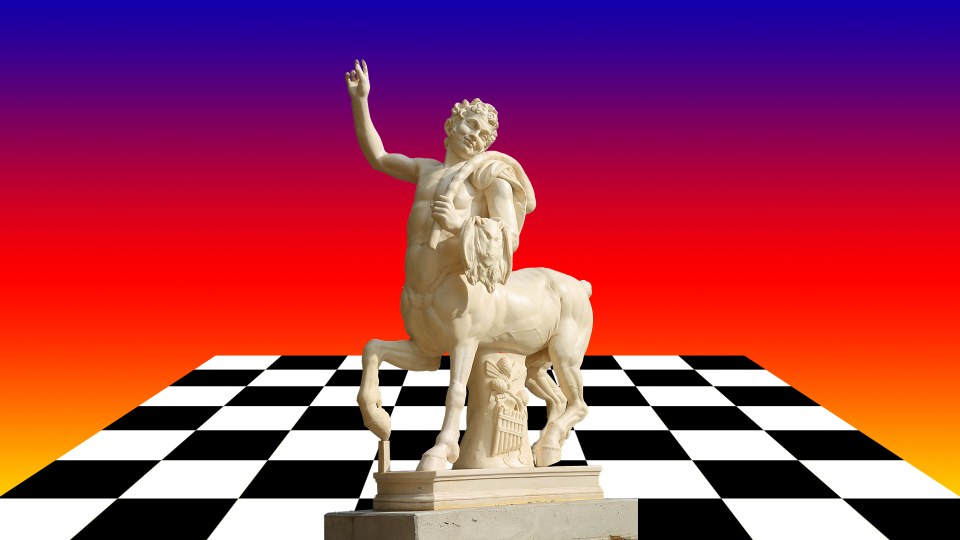 Recent media automation innovations have forged a new era for paid search, but it’s important to understand the roots that have brought us here. On May 11, 1997 the world’s greatest chess player Garry Kasparov was crushed by one of the earliest forms of AI, Deep Blue.

In defeating Kasparov, Deep Blue made history as the first computer to beat a world champion in a six-game match under standard time controls. Kasparov had won the first game, lost the second and then drawn the following three. When Deep Blue took the match by winning the final game, Kasparov refused to believe it.

An Artificial intelligence had beaten a human genius in the game of kings.

A quarter century later the Deep Blue story is a foundational myth of the digital age. It’s told and retold to illustrate how automated intelligence (or data mapping) replaces human cognition in a way that previous generations of machine development had replaced physical labour.

Did this spell the end of humanity as we know it?

It didn’t even spell the end of chess.

Much less widely known than the story of his defeat at the oceanic reach of Deep Blue’s computational power is what Gary Kasparov did next. As befits a true human genius-level intellect – it was pretty smart.

Instead of a conflict, he looked at the relationship between humans and asked a key question. What if each can make the other better?

The following year, he founded a new tournament in which he invited teams to compete, each one composed of humans and computers. He called it Centaur Chess, named after the mythological half-human, half-horse.

But let’s park that for a moment and zoom out to see how this applies to automated media planning, especially in Paid Search or PPC, whatever your preference.

Speaking in general terms, humans’ relationship with automation is often associated with a level of fear and mistrust.

After all, we know that driverless cars exist. But are you really ready to jump in the passenger seat?

And personally speaking, as a PPC pro, each time Google announces a new automated feature, my initial feelings are fairly similar.

I fear that it will mean that I’ll lose control over the management of my campaigns. And I don’t trust that the primary intention is to make my life easier and not in fact an effort to boost revenue.

Don’t get me wrong – I want better tools to deliver relevant and personalized experiences to the top of the SERPs. But are my skills and expertise being taken away from me?

Dialing up the human

It was like Kasparov and Deep Blue joining forces to conquer the universe – and being beaten by a couple of chess fans who walked in off the street.

What their success proved was the importance of strategy. Their fresh methodology? Rather than relying on computers to model outcomes and select moves, they prepared a plan for recognising moments in the game where human intuition would be more effective. When the computer can carry the game, they let it do so.

But the critical edge came when they saw a situation the computer couldn’t handle, based on planning, smarts and analysis. Then they climbed into the driver’s seat (to mix my metaphors) and made the vital moves to win the match.

What was most important was the ability to know the difference between when to sit back and when to step up. And that required human talents like experience, judgement and intuition.

PPCs need to get better at saying the latest automation tools – like those revealed yesterday at Google Ads’ EMEA Product Kickoff – free us to be more human.

Media automation sweeps away many tasks that keep us busy, particularly tasks that are based on existing patterns of behaviour. It takes our time out of low-value maintenance and into high value strategy.

As the Centaur Chess masters know, that’s where the real value to our clients’ business goals can be made.

We know all about using these tools with the skill to get the result your business needs. To find out more about the way of the centaur, you know what to do.

Universities, how well do you know your Gen-Z consumers?